As soon as you make the switch to playing keno online, one of the first things you’ll notice is that most keno sites also offer a plethora of online pokies. Our recommended keno sites have some of the best real money pokies on the Internet, offering keno players a fun way to win extra money and enjoy a bit of variety between keno games.

Even if you’re not a big pokies fan, playing online is quite a different experience to throwing coins into a real life slot machine. The game format is the same, but online pokies offer much greater variety as well as more entertaining bonuses, mini games and cinema grade animation. If you’ve never played online pokies before, use this article as your starting point and follow our links to give the games a try.

How to play slots on the Internet

Pokies at our recommended keno sites can be played in demo mode for free or for real money bets. Playing for free is a great way for newbies to experience online pokies without risking any of your hard earned cash. 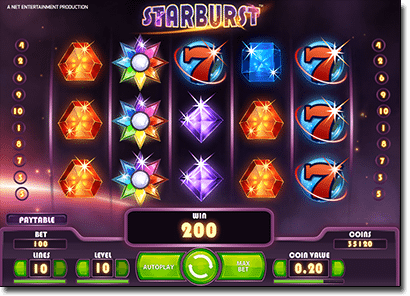 When moving on to place a real wager, you’ll need to create an account and deposit funds to play with. If you already have a registered account with any of our endorsed keno sites, you can use that same account to play pokies with. If you’re new, follow our links to register for an account and take advantage of any welcome bonuses.

To play, select your desired pokies game and alter the bet level and coin size to determine how many pay lines and how much money you wish to bet per spin. Press the spin button and watch the reels come alive as you enjoy the anticipation of hoping to land a winning combination. All winning credits will be automatically added to your bankroll, which can then be used to play keno or more pokies.

There are many different types of pokies games you can try when playing online. These are some of the options you’ll find:

3-reel pokies – 3-reel games are the closest to the classic slot machines, following a simple format where symbols spin across three individual reels. These games typically have one, three or five possible pay-lines and usually have better odds but lower jackpots than 5-reel games.

5-reel pokies – a vast majority of online pokies use the 5-reel format, with games that are often referred to as “video slots”. 5-reel games are more technologically and graphically advanced than the 3-reel format, offering a multitude of possible winning combinations and allowing players to place bets on up to 100 pay-lines within a single spin.

MegaSpin pokies – MegaSpin games allow you to play multiple pokies at once, opening up to nine different games within the one window. There’s nothing different about the games themselves, just the fact that you can potentially claim multiple wins at the same time.

3D slots – 3D slots use superior animation to create pokies that are more like watching a Pixar movie than gambling, with entertaining characters and fun bonus rounds that increase the entertainment factor. You’ll find the biggest range of 3D pokies within BetSoft’s Slots3 collection. Microgaming also has a stereoscopic 3D slot game called Sterling Silver, where red and blue glasses are required to get a genuine, all-encompassing 3D effect.

There are literally hundreds of pokies games available at our recommended keno sites and with so many different themes and game types it can be difficult to know where to start. To give you the best base for trying online slots, we’ve outlined some of the top game developers and their most popular titles to kick you off:

This is just a tiny morsel of the pokies that are available at our recommended keno sites, many of which can also be played on your mobile device. Lots of our favourite sites have promotions linked to online pokies, allowing players to earn free spins, bonus credit and loyalty points so keep an eye on your inbox or the ‘promotions’ pages to see where you can get more bang for your buck playing online pokies.